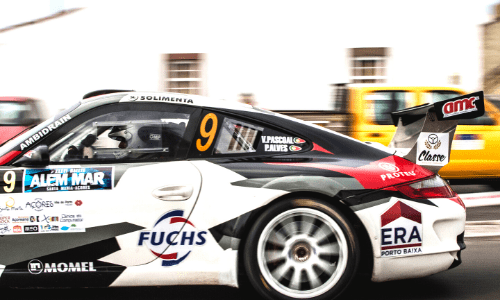 Who are the best Formula 1 drivers? For F1 lovers, this is a question that doesn’t always have the same answers. The number of championships won may be criteria for some while achieving the best times could be more important […]

Who are the best Formula 1 drivers? For F1 lovers, this is a question that doesn’t always have the same answers. The number of championships won may be criteria for some while achieving the best times could be more important for others. And although here we cannot have a correct or absolute answer, we know who deserves to be on our list of Formula 1 champions.

Here is a list of what we consider 10 of the best Formula 1 drivers of all time.

He was born in Germany in the middle of the world war and having lost his parents during this historical episode. He was raised in Austria by his grandparents. It is said that due to his difficult childhood, Jochen Rindt was arrogant, direct, and extremely rebellious, so he did not always fall into grace; however, it became an F1 legend.

A fervent follower of Wolfgang Von Trips, Formula 1 driver who lost his life during the race in Monza in 1961 when fighting for the world title. Casual, and unfortunately, it would be the same fate that would await him nine years later. They once asked him how many times he was driving beyond his limits, to which he replied, “you mean how many times have I done it within them …”.

What makes it unique: Among the champions of Formula 1, he was the only one to have achieved the title of champion after he died.

What makes it unique: At the German Grand Prix in 1976, Lauda suffered an accident that caused severe burns that left marks for life and still returned to the wheel to win two other world titles.

He was a Formula 1 driver during the 1980s and 1993s. He won 51 wins and four world championships. He was known as “the Professor” for his unique driving technique.

What makes it unique: The rivalry between Alain Prost and Ayrton Senna has been possibly the greatest in the history of motor racing.

Born in Argentina in 1911, he is considered for many motoring experts as one of the best professional drivers of world motor racing in history. Some experts consider him as the best Formula 1 driver of all time, as he won five Formula 1 world titles.Fangio won 24 wins and 35 podiums. He held for a long period the record for more titles in Formula 1 until he was displaced by Michael Schumacher in 2003.

What makes it unique: He is the driver with the best winning average and the longest-running champion in history (46 years).

This Brazilian Formula 1 champion won 14 victories in the 70’s alone. Subsequently, in the next two decades, he achieved 22 more victories. It was characterized by its speed and skill at the wheel.

What makes it unique: At least in Spain as well as in some Latin American countries, his last name has become synonymous with speed, e.g., “my son is a Fittipaldi at the wheel.”

Undoubtedly one of the best-known Formula 1 drivers in the world. This Brazilian is among the most successful and dominant drivers of the modern era, and for many experts, he is the fastest of the Formula 1 drivers of all time.During the San Marino Grand Prix race of 1994, Ayrton Senna died due to a strong shock suffered on the Tamburello curve.

What makes it unique: The lesson learned after his accident, managed to increase, dramatically the safety of Formula 1, thus contributing to saving many lives since then.

German rider born in 1987 has accumulated 43 wins, 88 podiums, and 46 pole positions. It is the fourth pilot with the greatest prizes won in history.

What makes it unique: In 2013, it became the youngest four-time champion in history.

Born in England in 1985, at age 13 Hamilton had already signed a contract with McLaren. In his first season in Formula 1, he set numerous records, and finished second in the Formula 1 Championship in 2007.

What makes it unique: At just 23 years old, Hamilton became the youngest driver to win the Formula 1 title in 2008,

Although this Spaniard has not fought for the title since 2012, he is considered one of the best Formula 1 drivers of all time. It is not the number of championships won that puts him on this list, but his ability to always be in the best positions despite almost never having the best vehicle.He has won two world titles, 32 Grand Prix wins and 97 podiums.

What makes it unique: experts say he is the only driver capable of taking the car (even a bad one) beyond its limit.

He has been the most successful in the history of Formula 1. Schumacher is the driver with the most Formula 1 titles with seven world championships. Schumacher decided to leave the tracks on waking from a coma that lasted five months due to an accident he suffered skiing in December 2013.

What makes it unique: It has the record of having climbed 91 times to the podium and having won the F1 world champion title five consecutive times.