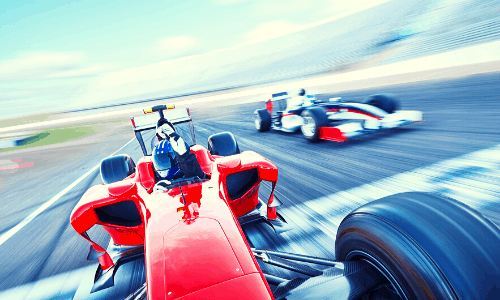 Motorsports is a sport that is practiced with cars. In most modalities, cars must complete a route in the shortest possible time, or travel a circuit as many times in a fixed time. There are other disciplines that have different […]

Motorsports is a sport that is practiced with cars. In most modalities, cars must complete a route in the shortest possible time, or travel a circuit as many times in a fixed time. There are other disciplines that have different objectives, for example drifting, where pilots must perform spectacular skids.

Car racing is one of the most popular shows in the world and some competitions, such as Formula 1, have more fans than many other sports. It is also the one that moves more money, involving a large number of companies, manufacturers, athletes, engineers and sponsors.

Engineers develop the latest technologies in engines, aerodynamics, suspension and tires to achieve maximum performance; These advances have benefited the automotive industry, with radial tires and turbochargers, as well as other advances.

Each category has its regulation that limits the modifications allowed for engines, chassis, suspension, tires, fuel and telemetry. Given the high speed developed by cars and the use of fuels, motoring is an extremely dangerous sport.

Although safety measures have progressed over the decades, collisions, fires and other accidents that cause injuries and even deaths to competitors and spectators frequently occur. The International Automobile Federation is the institution that organizes motor racing worldwide. Its members are the national associations of each country,

Rally competitions take place on public roads closed to road traffic; Participants (pilot and co-pilot) must travel a predetermined path in the shortest possible time. Each car leaves with one minute compared to the next, so there is no visual or physical contact between them. Generally, cars are derived from those of production; according to the category, more parts are modified and to a greater extent.

The World Rally Championship uses cars from segment C with different preparations. The most powerful and used by official teams are the World Rally Car uses 1.6 cc engines with turbocharger and highly modified. In recent years several brands compete hard for victory: Citroën, Volkswagen or Ford, among others. Among the most famous rallies are Monte Carlo, Finland, Sweden, Acropolis, Corsica (France), RAC (United Kingdom) or Catalunya-Costa Daurada (Spain). At the same time, the WRC2 and WRC3 championships run, which alternate the World Cup dates.

Rallycross and autocross are competitions in circuits less than 2000 meters long. Rallycross combines asphalt with dirt, while autocross only includes gravel. In the United States, races in earth ovals are very popular.

A rally raid or cross country rally is a competition in deserts that last for weeks; every day, hundreds of kilometers are traveled from one town to another. Many times there are no delineated roads, but you have to run cross country. Vehicles must withstand intense heat, sand, and wind, having to be able to cross important obstacles. The most famous race of this type is the Dakar Rally.

A mountain race is played on short distances of mountain passes with high slopes. As in the rally, the pilots start separated by several seconds, so that the pilot faces the clock and does not need to advance rivals.

The paths, between 1 and 10 km in length, are traveled between one and four times according to the regulations of the race. When the arrival is at an altitude greater than the start, there is talk of a climbing, ascent or ascent race. Meanwhile, when the arrival is below the start, it is said that the race is downhill or downhill.

A kart is a small and low racing car, with which it is driven in circuits, narrow and with many sharp curves (called kartodromes). Karting is the category in which those who wish to become professional pilots usually debut. Due to the absence of shock absorbers and low ground clearance, driving a kart creates a great sense of speed.

It is a car competition where competitors demonstrate their expertise by avoiding obstacles, usually cones. This discipline is usually an exhibition within important competitions, although in some countries it exists as a competition by itself. Slalom is also a common exercise in sports driving schools, to train the driver in-vehicle control.3

Drifting is a modality in which drivers must fold their cars in skids. Born in Japan, two of the most recognized categories of this modality are the D1 Grand Prix, the Formula Drift, or the European King of Europe championship. But the association that brings this discipline together is the World Drift, whose world representatives are: Mike Procureur, president of the King of Europe Series and representative of Europe.